When your spouse is unfaithful, it often sends you into an interesting place of relearning about yourself, where you went wrong, things you could do to grow and improve as a person, and often for those who have faith, it reminds you of your relationship with God.  Today we have a special guest post from a gentleman we met while working with him as his wife struggles with an active affair.  As hard as that is, we saw this man growing and helping others, becoming a real man of God, so we asked him if he’d write a guest blog for us.  So without further adieu, here is what was on his heart about “Biblical Manhood.” 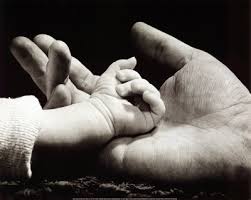 Tomorrow Affaircare has a very special honor indeed. Last week our show on Handmaiden Live was so fun and was such as success that we’ve been asked back for Round 2! So tomorrow, Monday October 4th, our ministry will again be the special guest at 11am ET/8am PT on Handmaiden Live! Click to listen, or copy and paste the link below:

During the show tomorrow, we will be discussing the transparent truths of the loyal spouse can do who has been left and is wondering, “How am I going to get through this trauma? And what if my spouse decides they do not want to change?”

So tune in tomorrow and catch us live, or if you’re not available at that moment, click on the link and Handmaiden Live will have an archive of the show. We would love to talk to you!!

BUT that’s not the only announcement we have here at Affaircare! Oh now we’ve been working diligently night and day and we have some amazing news:

We have finished our book!!

Based on the two proven “Seven Steps” programs, that we developed by successfully helping couples, this book will not only show you how to survive through infidelity, but also how to recover and build a strong, happy, loving marriage.  The book offers tips that are counter-intuitive but that WORK!  “Affaircare: Caring for Your Marriage After an Affair” will show you:

So click right on the picture of the cover of our book and you’ll be taken right to page: