Who has believed our report?
And to whom has the arm of the Lord been revealed?
2 For He shall grow up before Him as a tender plant,
And as a root out of dry ground.
He has no form or comeliness;
And when we see Him,
There is no beauty that we should desire Him.
3 He is despised and rejected by men,
A Man of sorrows and acquainted with grief.
And we hid, as it were, our faces from Him;
He was despised, and we did not esteem Him.

4 Surely He has borne our griefs
And carried our sorrows;
Yet we esteemed Him stricken,
Smitten by God, and afflicted.
5 But He was wounded for our transgressions,
He was bruised for our iniquities;
The chastisement for our peace was upon Him,
And by His stripes we are healed.
6 All we like sheep have gone astray;
We have turned, every one, to his own way;
And the Lord has laid on Him the iniquity of us all.

7 He was oppressed and He was afflicted,
Yet He opened not His mouth;
He was led as a lamb to the slaughter,
And as a sheep before its shearers is silent,
So He opened not His mouth.
8 He was taken from prison and from judgment,
And who will declare His generation?
For He was cut off from the land of the living;
For the transgressions of My people He was stricken.
9 And they made His grave with the wicked—
But with the rich at His death,
Because He had done no violence,
Nor was any deceit in His mouth.

10 Yet it pleased the Lord to bruise Him;
He has put Him to grief.
When You make His soul an offering for sin,
He shall see His seed, He shall prolong His days,
And the pleasure of the Lord shall prosper in His hand.
11 He shall see the labor of His soul, and be satisfied.
By His knowledge My righteous Servant shall justify many,
For He shall bear their iniquities.
12 Therefore I will divide Him a portion with the great,
And He shall divide the spoil with the strong,
Because He poured out His soul unto death,
And He was numbered with the transgressors,
And He bore the sin of many,
And made intercession for the transgressors.

So you’ve had the gut feeling for a while that “something is not right” and after doing some investigating, you’ve caught your spouse in a lie. If you suspected infidelity and have now found proof of the affair, your spouse has been lying to you and you need to let them know that you know!

The first thing to remember is that God has told us pretty specifically what He thinks about dishonesty:

Proverbs 6:16, 17 and 19 – There are six things that the LORD hates, seven that are an abomination to Him: haughty eyes, a lying tongue…a false witness who breathes out lies.

Psalm 24:4-5 – He who has clean hands and a pure heart, who does not lift up his soul to what is false and does not swear deceitfully. He will receive blessing from the LORD and righteousness from the God of his salvation.

So clearly, being a deceitful or dishonest just does not please God! No matter who you sugarcoat it or justify it, it is not godly to lie.

Next, Matthew 18 does tell us the steps to use when a brother or sister is sinning. I’m paraphrasing here, but first we are to go to them privately and tell them we know what they’re doing and ask them to stop–encourage them to do the right thing. The verse says that if we speak to them privately and they listen, we have won them over!

Still….how do you go to someone and point out their fault? Especially when we, ourselves, are not perfect?

One suggestion I have is to approach the discussion as a “conversation” and not as a “confrontation.” Yes, you want to go straight to them and make them aware that you know what’s happening and you know the truth, but when the two of you speak, it should be in the spirit of “two people on the same team trying to figure out a solution” rather than “two individuals on opposite sides attacking and preparing for battle.”

When you do speak to your spouse, if you focus on “the lie” or “the lying,” the conversation can easily turn into a “he said/she said” discussion which is counter-productive and essentially gives them clues about how you found out! So rather than focusing on the lie itself, focus on the specific issues at hand–contact with others, flirting, use of pornography, etc.–and talk about what YOU thought or how YOU feel, and then ask them specifically for what you need.

Approaching the discussion as a “confrontation” usually results in a competitive mindset, causing a partner to react defensively, by withdrawing, launching counter attacks, being hostile, or denying. In other words, trying to blame, attack or point out your partner’s misdeeds won’t get you very far. Instead, try approaching it as a conversation where your spouse can hear what you are trying to say without feeling like they are being attacked, even if they are to blame for what happened.

For instance, saying the following is not very useful:

Making such accusations almost always leads to a defensive reaction, which only gets in the way of genuine understanding and a resolution of the problem.

Rather than focusing on your spouse’s use of deception, try to phrase the problem in the least judgmental way possible by focusing on your own feelings. For instance, it helps to start such conversations by saying:

Something I discovered is upsetting me. I’m concerned (sad, hurt, frustrated) about… and I want to be able to talk with you about it…

If you focus on your thoughts and feelings, and discuss your spouse’s underlying behavior tentatively, in the least judgmental way that you can, you have the best chance of being heard. And being heard (understood) is the ultimate goal when trying to work through problems with a spouse so that the two of you can see and talk about problems.

Of course, this method is far from perfect, and it usually requires that both people have good communication skills. But, this method does work better than simply attacking or blaming a partner for his or her deceptive behavior.

The added benefit of using this approach is that if you can create a sense of understanding and a willingness to discuss problems without a lot of negativity, your spouse will feel more comfortable discussing issues in the future! 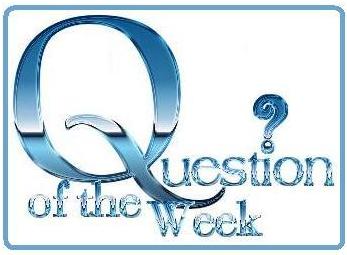 What was it that finally convinced you it really was cheating and not “just a friendship”?