People have a misguided idea that when people commit adultery, they “affair up.”  Think of the many movies we’ve seen where the good-looking, well-to-do man sees the woman of his dreams across a crowded room, and against all odds they overcome obstacles like being married because they were “meant to be.”  Think of the romance novels where the wife is a frigid nag, and the poor husband has to endure her abuse until one day he meets the young, beautiful, charming, sympathetic heroine of the story.  Or the songs about leaving to be with their “destiny”!  It’s no wonder people get the wrong message.

But,  if affairs really were about looks and money, it seems logical that the most beautiful women would have the absolutely most loyal husbands.  See these women?  They are as close to our definition of beauty here in the USA as anyone possibly achieve, and each one of these stunningly beautiful women had their husband not only cheat on them, but leave them cold! 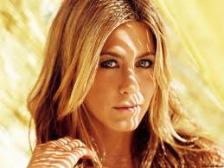 See these men?  They are good looking, rich and powerful, and each one of them had their wives leave them cold too (or did you forget about Ben and J’lo?).

Affairs are not about “looks” “money” “sex” or “affairing up.”  The Other Person is not sexier, doesn’t look better, isn’t richer, and isn’t a better lover…usually.  That’s because affairs are not about improving as a person or about love!  Affairs can not be “love stories” because love literally means committing to one person and thereafter treating that person in a kind, caring way.   It’s an action, not a feeling.

In real life people usually have affairs with someone a little under them, because it makes them feel better about themselves.  Men have affairs with the secretary; women with the co-worker at work.  It’s not at all unusual for the Affair Partner to have had an affair before or to have a police record, and yet people overlook the facts in order to continue their fantasy.  And that’s because affairs are about unmet needs.  Men fall for the secretary because she listens to him like he’s interesting, she acts like she desires him, and she wants to spend time with him–she acts like she understands what he’s going through.  And women fall for the man at work because she respects him, he pursues her, he acts like he wants her and like he thinks she is smart, funny, and interesting–he acts like he understands what she’s going through.

This video may show you how beautiful you are:

If you can not see or watch the video, here is the link to Youtube:  You are More Beautiful Than You Think

Women who are constantly negative toward their husbands – especially by speaking evil of them to others – show great disrespect. Determine not to do that today (or ever!). This challenge to encourage is closely connected to submission.

Men respond to women who respect them. What do you respect about your husband? Part of that respect includes submission to his authority. Let your husband know how respecting him makes it easier to submit to his leadership. Show your respect in public by listening to him and smiling at him when he speaks. Place your hand in his as you walk together.</span?
If you feel there is nothing to respect, search harder …nearly every man has some core characteristic that can be nurtured and respected. In any case, you must still cultivate a submissive spirit to his position of leadership…”as to the Lord.”

By Nancy Leigh DeMoss
Published by Revive Our Hearts, © 2005. Permission granted to photocopy in the exact form, including copyright. All other uses require written permission.
Revive Our Hearts * P.O. Box 2000, Niles, MI 49120 * www.ReviveOurHearts.com

A lot has already been written about husbands, wives and submission.  All too often the wives resist it–and all too often the husbands sound like Cartman saying “You will respect my authoritay!”  Rather than rehash it all here, I hope to put it into a new perspective for this challenge.

It is crystal clear in the Bible that God has told wives to submit to their husbands.   Ephesians 5:22, Colossian 3:18, and I Peter 3:1 are all explicit so that there really is not a question of whether wives should or should not submit to their husbands.  It’s also clear that there are not prerequisites there, such as “Submit to your husband if he deserves it” or “Submit to your husband if you agree with him.”  Nope it’s not a suggestion–it’s a requirement.

In fact it is my understanding that the Greek word used for “submit” in all of those verses says it in an indicative tense.  That means that rather than it being an imperative (like “You Shall…”)  it is an indication of what already exists (like “You Are…”) .  Thus the verses don’t say “Wives…you are commanded to submit to your husbands and you have to actively choose to obey that commandment” but rather “Wives…you are in the state of being under the authority of your husband.  This is your state of being–submission.”  Thus, we can rebel against it all we want and stubbornly refuse, but we just are not the leaders in our homes–we ARE in submission to our husbands.  Whether he is good at it or bad at it, he is the federal head and we are not.

How does this relate to our challenge?  Well as a wife living day-in and day-out with a man when he is ill, when he is tired, when he is not at his best … all too often we can see that side and begin to lose respect for him.  Rather than seeing him as the man who helps others, works hard, attends church and studies God’s word, we begin to see him as the man who postpones chores he doesn’t like, who is short-tempered with the kids, or who leaves his jeans in the middle of the floor.

This challenge is a reminder to us to respect our husbands in two ways.  First, we need to remember his position.  He IS the federal head of our family and as such he is owed the respect of being the head.  Don’t forget his position!  Second, when we see him at his “less than finer” moments we need to remind ourselves of the things he does that are worthy of respect.  Don’t let those outside your family heap respect on your husband when he doesn’t get the same in his own home.  Take a moment today and remember the things he does and purposely remind yourself of those characteristics that are worthy of respect.